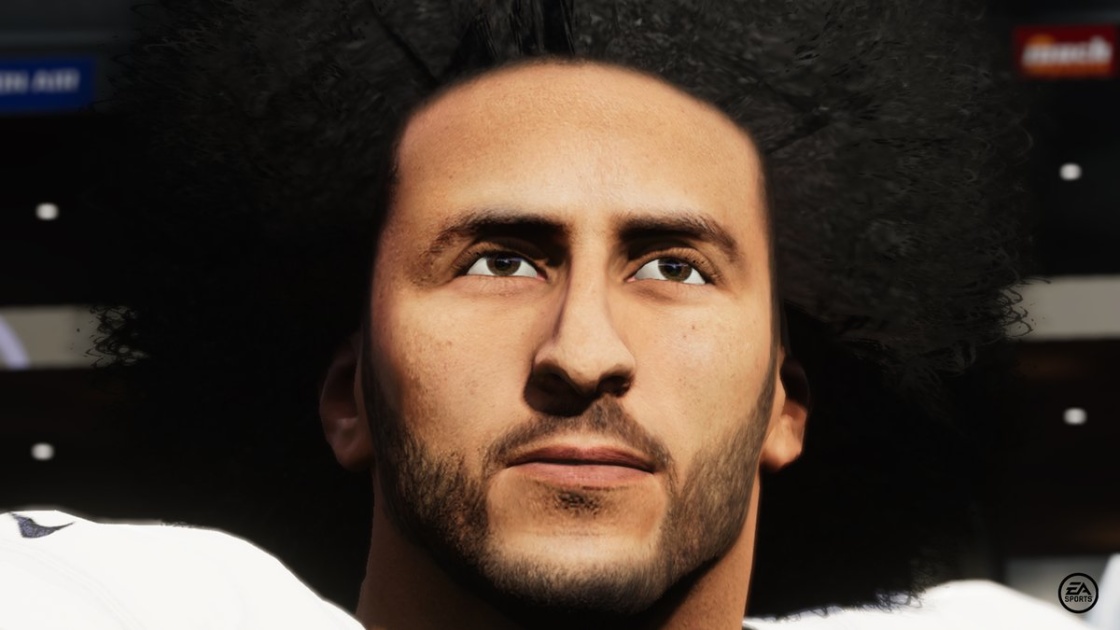 “I am not going to stand up to show pride in a flag for a country that oppresses black people and people of color,” Kaepernick said in 2016. “To me, this is bigger than football and it would be selfish on my part to look the other way.”

Kaepernick became a free agent after the 2016 season, and he hasn’t shown up in Madden since then. EA even censored his name in a song in Madden NFL 19, though the publisher called this an unintentional error, apologized, and reinstated the complete track.

Today, EA said Kaepernick was one of the top free agents in the league and a “starting-caliber quarterback.” In a statement posted to Twitter, EA continued, “Knowing that our EA Sports experiences are platforms for players to create, we want to make Madden NFL a place that reflects Colin’s position and talent, rates him as a starting QB, and empowers our fans to express their hopes for the future of football. We’ve worked with Colin to make this possible, and we’re excited to bring it to all of you today.”

According to The Undefeated, EA Sports approached Kaepernick this summer about including his likeness in Madden 21, and he was “hands-on” in the creation of his avatar, including its signature celebration move of raising a Black Power fist.

In the wake of nationwide protests against racial injustice and police brutality this year, the NFL has altered its tone toward player protests. Commissioner Roger Goodell said in August he made a mistake in not listening to Kaepernick.