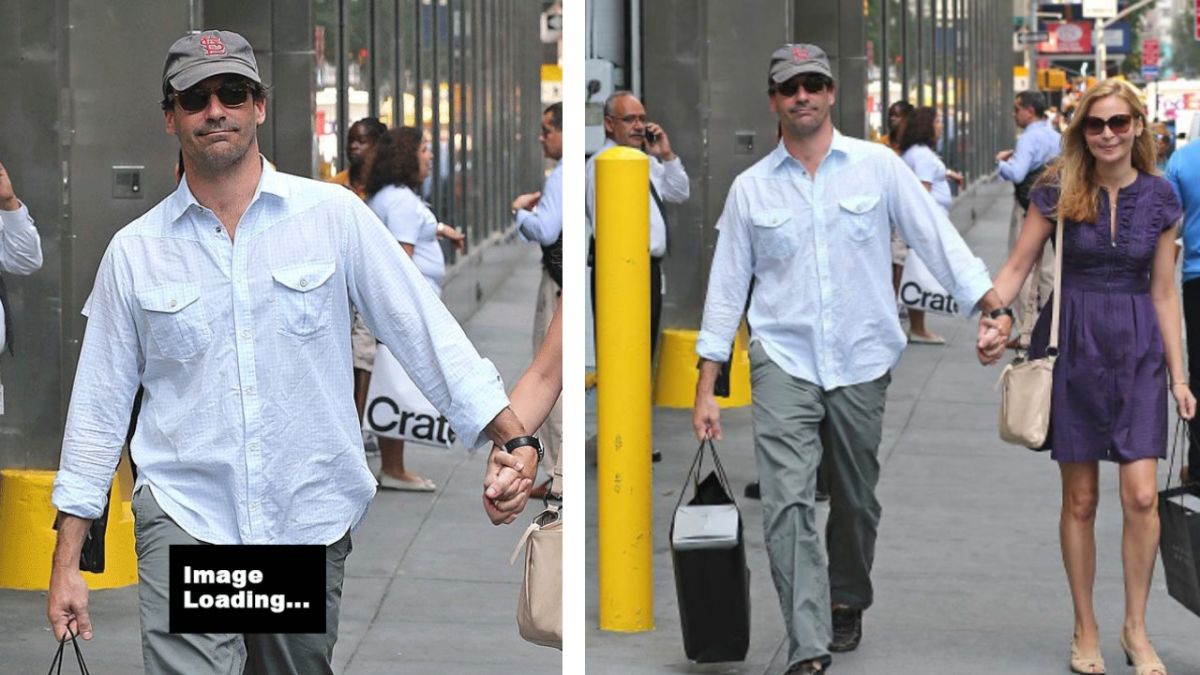 What does Jon Hamm’s penis have to do with internet freedom and the future of memes? Quite a lot, believe it or not, following a new court ruling in New York.

A federal judge in the Southern District of New York ruled on Thursday that digital news outlet HuffPost didn’t violate copyright law when it published a photo of Jon Hamm with a black box digitally inserted over his dick in a 2014 listicle titled, “25 Things You Wish You Hadn’t Learned in 2013 and Must Forget in 2014.” HuffPost, which is owned by a company called Oath, was sued by Lawrence Schwartzwald, a New York-based photographer who captured the original image and claimed that HuffPost infringed on his copyright.

The photographer described the photo in his lawsuit as one that “illustrates what Jon Hamm looks like wearing trousers in public while he walks down the street, ostensibly without any underwear.” The original photo showed a rather pronounced outline of Hamm’s genitals, an area of great interest among fashion and lifestyle news outlets.

The ruling by U.S. District Judge Ronnie Abrams, first reported by Zoe Tillman of BuzzFeed News, notes that lawyers for HuffPost argued that publishing their version of the photo was perfectly legal because it was “transformative.” HuffPost’s version contained a superimposed text box, photo caption, and a title, which together “fundamentally transformed the character and purpose of the [photograph’s] use.”

Judge Abrams agreed, pointing out that the joke worked on multiple levels. From the ruling:

Unlike the original Photograph, which Plaintiff claims had the objective purpose of “illustrat[ing] what Jon Hamm looks like wearing trousers in public while he walks down the street, ostensibly without any underwear,” Oath’s use of the Photograph served the dual purpose of mocking both Hamm and those who found the Photograph newsworthy in the first instance. The text box with the words “IMAGE LOADING” in all caps—a play on words that alludes to both the nature of digital technology and the body part at issue—suggests that Oath is making fun of Hamm, not merely “illustrating” his appearance.

The idea of whether something is “transformative” is just one of the questions facing courts when digital content creators republish photos under a copyright exemption known as “fair use.” The judge also examined the argument that placing a black box over Hamm’s dick could’ve been protected under a fair use exemption for “parody,” but that line of reasoning was harder to justify, according to the ruling.

The HuffPost version of the photo was closer to a “reproduction” of the original than a “recreation or imitation,” according to the judge, meaning that it was much tougher to see the work as parody. But Judge Abrams ultimately ruled that the parody question didn’t matter because the photo with a black box was transformative using other criteria. Specifically, the judge notes that this case was exceptional in that it executed a joke by obscuring the very thing of value that the photographer’s image was intended to provide: namely, a clear view of Jon Hamm’s dick.

In sum, the Court finds Oath’s use of the Photograph was transformative because it used the Photograph in service of its dual goals of mocking both Hamm and those who fixate over such suggestive photos of him—a use distinct from that which Schwartzwald intended—and because Oath obscured the very portion of the Photograph that made it most valuable or unique in the first instance.

The ruling gave past examples of altered photos that would not qualify as being “transformative,” citing a time when Fox News and host Jeanine Pirro were sued by North Jersey Media Group for using a photo of the Twin Towers on 9/11 and simply adding the hashtag “#neverforget” over the image before posting it to Facebook in 2013. Fox News lost that case in 2015.

In contrast to the derivative uses of the photographs in Graham and North Jersey Media Group, however, Oath did not simply add a border, hashtag, or make another minor alteration to the Photograph. Instead, as described above, it cropped approximately half of the image, superimposed a comedic text box over the key portion of the Photograph (Hamm’s groin area), placed a witty caption above the Photograph, and placed it within the context of a larger article about “viral” moments or trends.

The judge was able to sneak in a subtle dig at HuffPost in her ruling, noting that the listicle, listed multiple times as “25 Things You Wish You Hadn’t Learned in 2013 and Must Forget in 2014,” may or may not qualify as “news,” but it doesn’t really matter either way.

What does Jon Hamm think of all this attention? The actor has previously told news outlets that he’s annoyed by the attention but admitted in 2013 that his natural endowment was “better than being called out for the opposite.”

The lesson for all you meme-makers out there? Make sure your images are transformative and put a black box over those bulging packages. Otherwise, you’re going to be in big trouble with the copyright dicks.