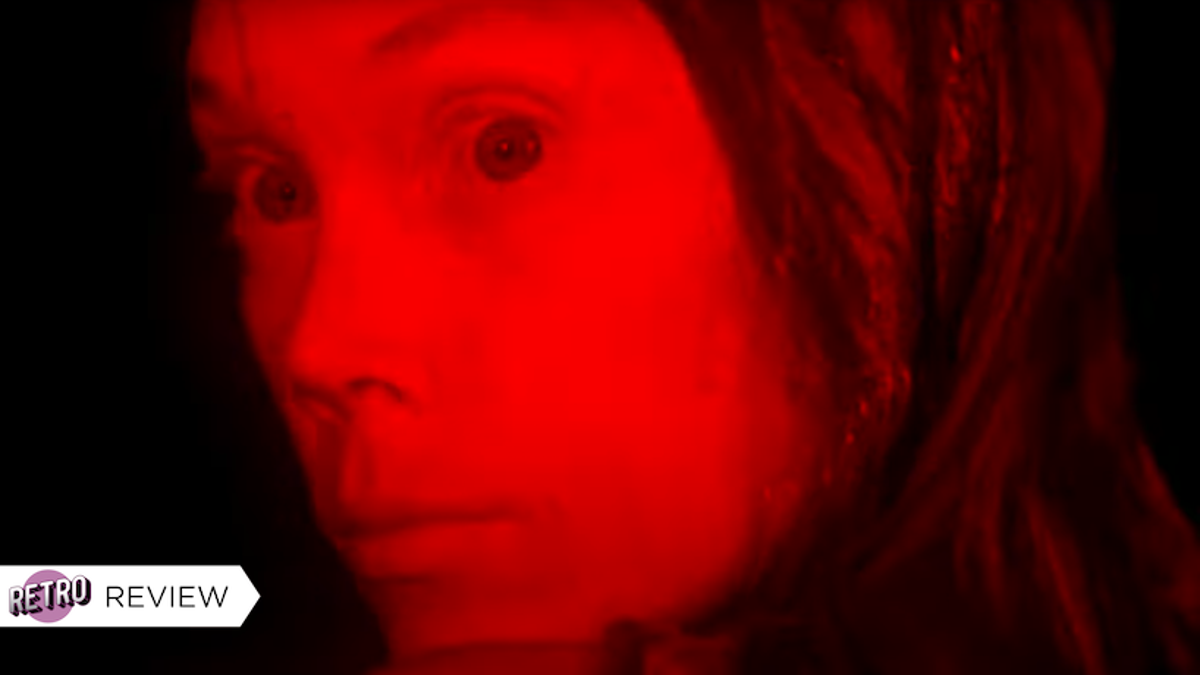 In both Stephen King’s Carrie and director Brian De Palma’s 1976 adaptation of the novel starring Sissy Spacek, Carrie White herself is the telekinetic Chekov’s gun whose inner power is the deadly shot you’re meant to awaiting with eager anticipation. As you watch Carrie bear the burden of growing up sheltered in an abusive home, and being shunned by her peers at school, you can’t help but empathize with the confused teenager who’s only guilty of being awkward.

Looking back at the original trailers for the film, it’s fascinating to see how much of Carrie’s paranormal turn the studio felt comfortable telegraphing to audiences, but it makes a certain kind of sense when you consider what really made the story so compelling. When you’re first brought into the uncertain chaos of this teenager’s life, it’s in the warm haze of a high school locker room that is both a place of comfort and a crucible for the other girls gathered there after gym glass. Before the film properly shows you how much of a social outcast Carrie is, and how other students actively bully her, it first shows you how simply being in their presence puts her on edge, particularly in settings where people are expected to get undressed. The terror that Carrie feels as she stands naked and unsure of herself contrasts with the carefree ease the other girls have hanging out with one another, seemingly unbothered about their bodies and comparing themselves to one another.

Carrie’s first flash of horror—a disorienting moment when she unexpectedly begins her first period in the showers—is what snaps the film out of its almost dreamlike haziness to illustrate how all the girls, but Carrie especially, live in constant fear of being made to feel vulnerable. Both King’s novel and De Palma’s film feature pivotal scenes when Carrie’s classmates gang up in a monstrous frenzy and begin throwing tampons at her while teasing the young woman for mistaking menstruation for a mortal injury. Both scenes convey how Carrie’s confusion and panicked behavior is partially the result of her religious fanatic mother, Margaret (Piper Laurie), not properly teaching her about her own body, but they also illustrate how much she has in common with other girls like Sue Snell (Amy Irving) and Chris Hargensen (Nancy Allen).

Though Sue, Chris, and most of Carrie’s other classmates are all bullies, in their bullying of the title character specifically, you can see flashes of their own insecurities that they’re all, in some way, trying to get away from by projecting onto someone with less social status. After years of being tormented by her classmates for being plain, Carrie’s luck seems to be taking a turn when a popular boy named Tommy Ross (William Katt) suddenly asks her out to the prom. It’s obvious to Carrie and her teacher Miss Collins (Betty Buckley) that Tommy, who is Sue’s boyfriend, is up to something in asking Carrie out, and it’s in the few scenes Carrie spends unpacking how everyone feels about this situation that the movie’s at its most fascinating.

Even though Carrie’s the “weird” girl who everyone makes fun of, the movie repeatedly shows you that while her classmates may delight in the idea that she spends her days longing to be like and with them, it is also true that they are profoundly obsessed with her, and that’s important to understand. What Carrie never has the chance to fully learn about her fellow teens is how much in common they all had in terms of grappling with self-doubt and unsureness about their identities. While Sue’s mother Eleanor (Priscilla Pointer) would probably never dream of physically abusing her daughter the way Carrie’s mother does, her alcoholism does clearly hurt her daughter, and you get the sense that it’s something that simply isn’t talked about in the Snell household. Out of all of Carrie’s classmates, Sue—who comes up with the idea of Tommy asking Carrie to the prom in the first place—makes the best attempt at extending her some kindness and grace, perhaps because she understands that the two of them aren’t all that different. At the same time, however, she’s just as guilty as Tommy, Chris, and even Miss Collins when it comes to repeatedly taking chances to dunk on Carrie for having the audacity to exist.

All colors on sale today
Gizmodo describes these premium headphones as “annoyingly incredible.” This is the lowest we’ve seen the Apple AirPods Max yet.

In one of Carrie’s more tender moments that exemplifies the careful touch Lawrence D. Cohen’s script brought to King’s original premise, Carrie and Tommy come close to having something like a moment of understanding when he’s made to read a poem in front of the rest of their class. Much as it embarrasses Tommy to be emotional in front of his peers, Carrie openly admits that she thinks the poem’s beautiful. For a second you can see how, in a different set of circumstances, the two of them might have actually been able to forge a genuine bond with one another. Whatever hope for that is dashed, however, when the teens’ teacher boorishly mocks Carrie for expressing herself, giving Tommy a reason to join in on the teasing. The scene emphasizes that scenarios like this one are why Carrie’s all but given up hope on friendship or romance.

Carrie’s burgeoning telekinetic powers are a part of what makes her special, but it’s her empathy and willingness to open herself up to the possibility of making connections with others that make her the hero of this tragic story. When Chris and the others begin concocting their plan to humiliate her at the prom, they all convince themselves that it’s payback for their having to spend time in detention after ganging up on Carrie in the bathroom. From a certain perspective, that read on the situation is accurate, but what’s also true of Carrie’s tormentors is that their obsession with her speaks to their own deep-felt anxieties and shame about the kind of people they are. And Chris’ plan to rig the vote for Prom King and Queen and humiliate Carrie White in front of their entire class isn’t just sadistic in the way that many Stephen King villains tend to be in moments before they’re defeated, it’s the telling end result of her relentless, almost compulsive harassment of the unpopular girl.

Carrie becomes a tale of revenge in its latter acts as a broken Carrie begins to telekinetically murder her classmates in the school gym after she’s bathed in a bucketful of pig’s blood. While Carrie’s shell-shocked rampage is a cathartic expression of the rage that’s been building within her, the way De Palma’s film homes in on her literal gaze works to emphasize how those scenes are also about her truly acknowledging and seeing the people around her. In contrast to King’s book, which spends more time explaining the finer details of Carrie’s powers and how it impacts the larger town, the 1976 film smartly chooses to focus on how she takes command of the immediate space around her as if to demand that people openly look at her in this powerful form the way they always had in her diminished one. For all the time that Carrie’s peers spend mocking her for believing that she wants to be like them, her final act of revenge (aside from killing most of them) is illustrating how utterly pressed about her they’ve been the entire time.

The tragedy of Carrie is that in finally embracing her power to push back against the people who’ve been hurting her, Carrie’s left realizing that there isn’t really anyone standing in her corner. Though the movie’s final scene might not be what one would consider especially “triumphant,” it’s one that works because of how emotionally devastating a place it tries to leave you before the credits start rolling. None of Carrie’s villains end up with anything resembling redemptive arcs because the movie wants you to understand that, cosmically, they all got what was coming to them, if a bit extremely. A person like Carrie White was always bound to lash out and make herself heard, but it wouldn’t have been in such a murderous fashion had people had the sense to leave her alone and worry about their own mess.

Carrie—which was originally released on November 3, 1976—is now streaming on AMC+ and Shudder.