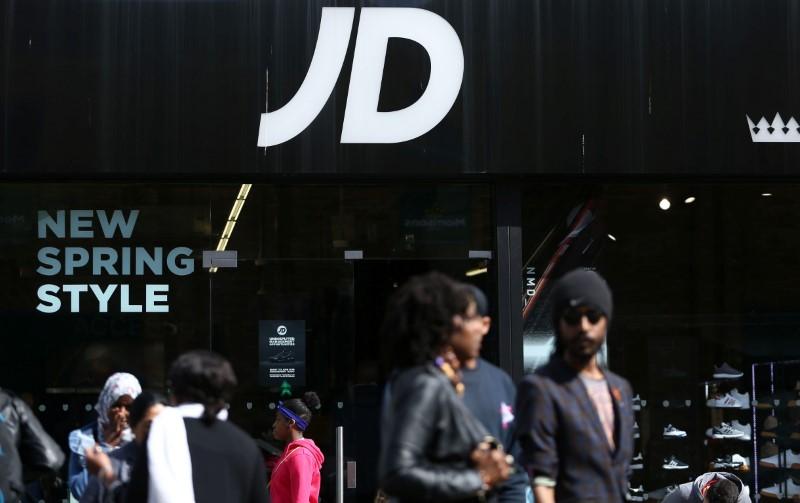 The fast-growing group has been expanding abroad since it set up a Malaysian joint venture in 2015. It purchased the Finish Line in the United States in 2018 and in December bought West Coast-focused Shoe Palace.

On Monday JD announced that it will buy DTLR Villa for $495 million, extending the group’s reach in the United States.

“The directors of the group believe there are a number of potentially attractive acquisition opportunities that will become available in due course and which will continue to support the group’s successful global expansion strategy,” JD said on Thursday.

The company said that 58.4 million new shares were placed at 795 pence per share, representing about 6% of its share capital.

Shares in the company were up 0.6% at 0839 GMT, giving it a market capitalisation of 8 billion pounds.

“We expect entries into new countries but also other deals to bolster existing positions,” said analysts at Peel Hunt.

“The balance sheet is strong anyway but some deals need acquirers to move quickly and the bigger the war chest the better.”

Despite its stores being closed during COVID-19 lockdowns, JD has continued to thrive with its strong online operation and last month raised its full-year profit view.

Online fashion retailers ASOS and Boohoo have also performed well during the crisis, but most store-based groups have struggled, with Philip Green’s Arcadia group and Debenhams collapsing into administration.