“Due to the decision of the game’s referee, the match organized by FIFA between Brazil and Argentina for the World Cup qualifiers is suspended,” CONMEBOL — South America’s soccer governing body — announced via Twitter.

CONMEBOL continued, “The referee and the match delegate will raise a report to FIFA’s Disciplinary Committee, which will determine the steps to follow. These proceedings will abide adhere to current regulations. The World Cup qualifiers are a FIFA competition. Every decision concerning this organization and its development are of the exclusive authority of that institution.” 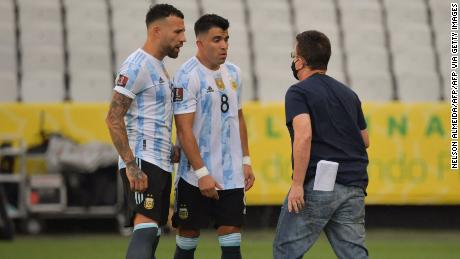