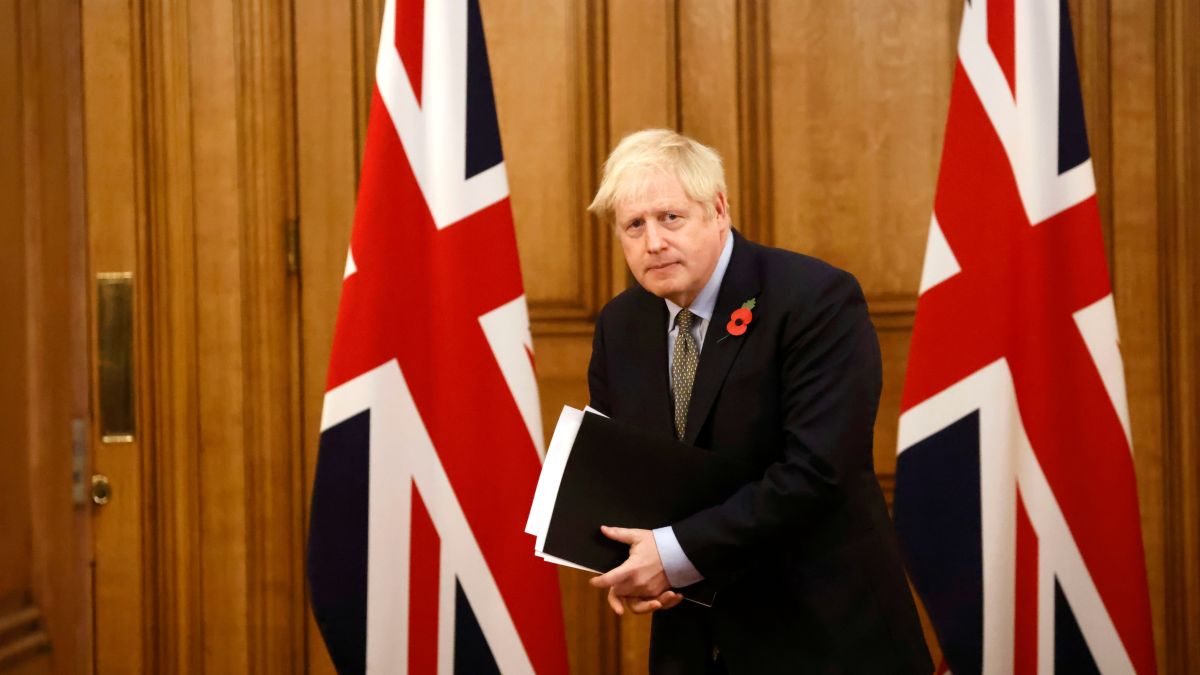 Johnson’s tweet from Nov. 7 congratulated Biden on his win and Vice President-elect Kamala Harris for her “historic achievement. It’s almost impossible to see, but behind the words “Joe Biden on his election,” the faint words “Trump on” can be read—seemingly the product of someone using a Photoshop eraser tool or something similar on a prior graphic and missing a spot.

It’s only really visible by modifying the image’s brightness and contrast, as seen below:

According to the Guardian, elsewhere in the image other phrases can be seen, including “second term” and “on the future of this.” The hidden message was first reported by the Guido Fawkes blog and suggests that Downing Street had prepared to congratulate Trump before the vote was over—which of course is not at all unusual or remarkable, given that the UK had no special insight into who would win the election. It’s just that they did so in pretty sloppy fashion.

“As you’d expect, two statements were prepared in advance for the outcome of this closely contested election,” a UK government spokesperson told the Guardian. “A technical error meant that parts of the alternative message were embedded in the background of the graphic.”

Trump has refused to concede the result of the 2020 election, instead spreading baseless conspiracy theories that Biden only won due to a massive Democratic voter fraud plot. Republican allies have largely done nothing or actively encouraged him, while the White House is doing its best to poison the well by ordering federal agencies to refuse to cooperate with Biden transition teams.

Johnson—one of the architects of Brexit—is likely to have a rocky relationship with Biden for reasons quite unrelated to a minor Twitter snafu. Johnson pressed forward with an internal markets deal that would breach part of the European Union exit agreement by handing ministers unilateral power to change or disapply export rules for goods flowing from Britain to Northern Ireland, which could undermine the Good Friday Agreement that ended most of the violence of the Troubles. The bill failed in the House of Lords, but infuriated Biden, who had said its passage upset any possible trade deal between the U.S. and the UK. As the Guardian noted, Biden has referred to Johnson as the “physical and emotional clone of Donald Trump.”