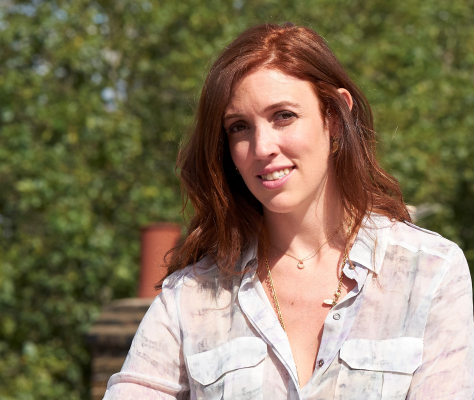 Blossom Capital, the early-stage venture capital firm founded by Ophelia Brown, has recruited its latest partner: Carmen Alfonso Rico has joined from Samaipata VC, where she led the U.K. office. Before that she was at Felix Capital and is also a co-founder of the London outpost of “community-driven” VC, The Fund.

During her time at Felix Capital and Samaipata, Alfonso Rico is said to have sourced and invested in a number of promising European startups, such as virtual events platform Hopin and social networking app Peanut, along with scale-ups Goop, Deliveroo and Mirakl.

She’s also been an entrepreneur herself, having founded two companies, both with limited success but plenty of learnings. Vinpho was a Spanish crowdsourced journalism platform (you can read the early pitch deck here), and Reconnect was a U.K.-based direct-to-consumer lifestyle and fashion brand for pregnant women.

“It actually came about quite unexpectedly,” Alfonso Rico tells me on a call discussing her latest career move. “Ophelia and I like to joke now that it was almost like generating a deal and when founders are not looking to raise because I was not looking to move at all… We had breakfast and discussed Blossom and I very quickly realised that Blossom was a very, very interesting platform and that it had a lot of the kind of deal-making mindset that I was looking for”.

That’s a partial reference to the firm’s “high conviction” investing pitch, which sees the Series A and sometimes seed investor back fewer companies by writing larger cheques. Alfonso Rico says she was also attracted to the way Blossom is structured, being an all-partner firm where investments are worked on together and one that it isn’t particularly thesis-driven with regards to sectors or geography, unlike much of her previous VC experience. And, of course, there’s Brown’s own ambition.

“I think you know Ophelia [Brown], she is quite bold and very hungry and I think she projects that into Blossom,” says Alfonso Rico. “I immediately got very interested but we did take a lot of time to get to know each other, we spent weeks discussing deals, we spent some time together, actually properly together, to just make sure that there was that personal fit. And at the end, it was kind of an obvious decision”.

Although Blossom’s partner team isn’t “strictly segmented,” in terms of individual focus areas, Alfonso Rico says her investing and entrepreneurial background includes consumer, where she has an established network and some “muscle [memory]” analysing consumer companies, and digital platforms and marketplaces, both B2C and B2B. She’s also long-been obsessed with the “power of communities” and how they can be leveraged to support the success of products and brands regardless of sector.

“Following that customer love, that power of the community, has led me to my best investments, and I plan on continuing down that path,” she adds.