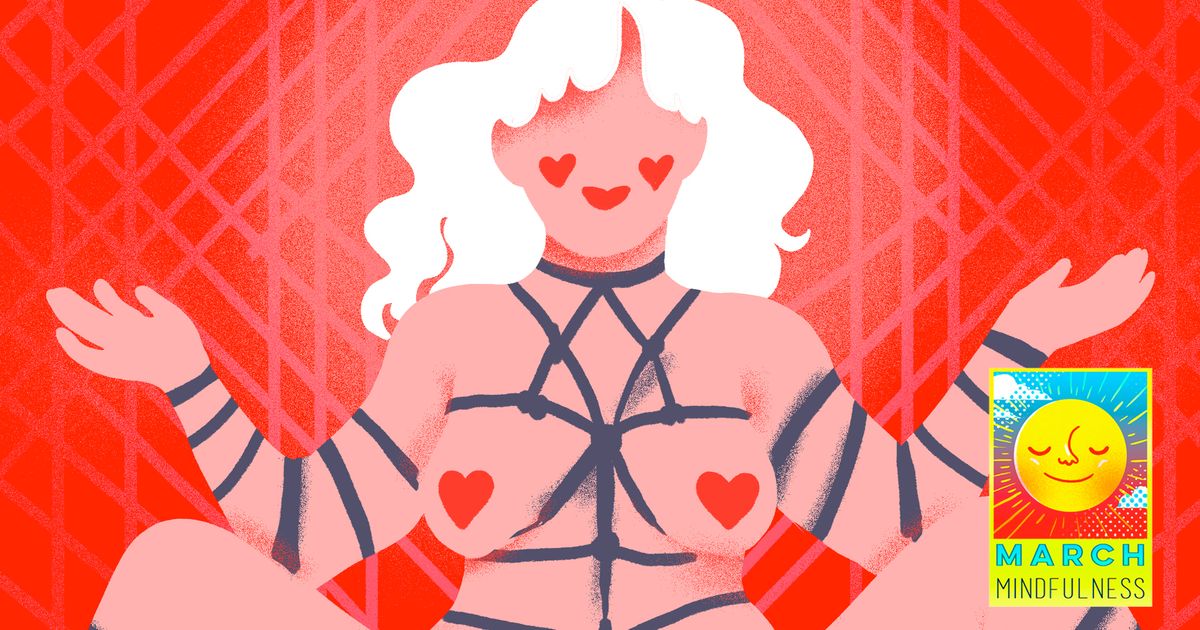 March Mindfulness is Mashable’s series that examines the intersection of meditation practice and technology. Because even in the time of coronavirus, March doesn’t have to be madness.

Cara Dunkley, a clinical psychologist from the Sexual Health Laboratory at the University of British Columbia (UBC), is part of a group that has spent decades researching mindfulness-based meditation training as a treatment for various sexual difficulties, from chronic pain with sex to traumatic tiggers and low libido.

“Mindfulness at its core is the ability to focus, sustain, and shift attention. And that is why it has real benefits with improving mood, depression, anxiety, pain, sexual functioning, all of that,” she said.

Mindful sex specifically can help you shift your attention away from negative thoughts, memories, physical sensations, and painful stimuli through accepting it without reacting to it, so you can then refocus on pleasure instead. General mindfulness-based training has become an increasingly accepted treatment for managing various types of chronic pain. But one UBC study found that teaching patients to apply mindfulness to sex helped with their chronic vaginal pain.

For both roles, exercising the tenets of mindfulness can be crucial for having a positive and safe experience.

Flagellation (or floggings and beatings, self-inflicted or otherwise) was an accepted practice among medieval Christians for purification, punishment, and redemption. A paper on “sacred pain” describes a ritual called Kutharatheeb, practiced in certain coastal regions of India, where participants are pierced with nails, knives, and sharpened rods to become “heightened into mystical ecstasy… becoming unconscious of their body fully concentrated on making of their soul attached with God.” Sagarin himself observed similarities between sadomasochistic relationships to pain in the psychological and physiological effects of extreme rituals like fire walking and body piercing.

“What pain can do is focus people on the here and now, put somebody essentially in the present moment, so they’re not necessarily thinking about a deadline that’s coming up next week or any other responsibilities. So it may be that, in a paradoxical way, a normally negative experience of pain can actually in a context of trust and positivity turn into something pleasurable or beneficial,” said Sagarin.

It’s not unlike how meditation lets you escape from the onslaught of day-to-day stresses by enabling you to let go of who you are, what you need to do, and instead just exist as a body in the present moment. While BDSM adds pain to the picture to achieve present moment awareness, it is welcome and intentional pain. That’s a notable difference from the mindfulness-based therapies used for managing chronic pain, since those patients aren’t electing or in control of when or how they experience that pain. Still, both involve developing the skill of noticing, accepting, then letting go of the negative emotions we typically associate with pain.

It’s not unlike how meditation lets you escape from the onslaught of day-to-day stresses by enabling you to let go of who you are…and instead just exist as a body in the present moment.

More research is needed before we can definitively say how Bottoms achieve the floaty, peaceful feeling of subspace. But, “a few different areas of the brain indicate a tie between it and mindfulness,” said Dunkley.

The most substantiated theory points to what happens in the brain during a runner’s high, the use of hallucinogenic drugs, and deep meditation. The hypothesis is basically that, when you’re doing a cognitively demanding activity (like pushing through the pain of long-distance running), other parts of the brain that are less important to it shut down.

“Tops really need to keep their wits and abilities about them, so that they can make sure what they’re doing is being done with appropriate care and safety,” said Sagarin.

Yet the flow state that was evident in the ritual body piercers and Tops in topspace observed by Sagarin still require being very present in the moment. Just think of whenever you’re at peak performance while performing an activity you’ve mastered, whether that’s a video game or your job or creative passion. Everything else in the world fades away, so all that’s left is you and the task at hand.

Both parties are “mastering” pain through these states that exist outside the normal circumstances of everyday life, but they’re doing it in very different ways. One does it by reaching a headspace that allows them to give in completely, and thus experience physical suffering as depersonalized or even pleasurable. The other enters a headspace by being so hyper-focused on helping the other navigate that experience of pain.

Despite appearances, Tops aren’t actually “conquering” a Bottom, either, since the Bottom is always in charge and can immediately end the activity with a safe word. Instead, Tops are conquering the unique challenge of being the Bottom’s guide through pain as pleasure.

Spiritual fulfillment is everywhere, and can take forms that may seem strange to you personally.

There are a lot of important questions that remain unanswered when it comes to BDSM’s connection to mindfulness, and meditation’s relationship to pain in general.