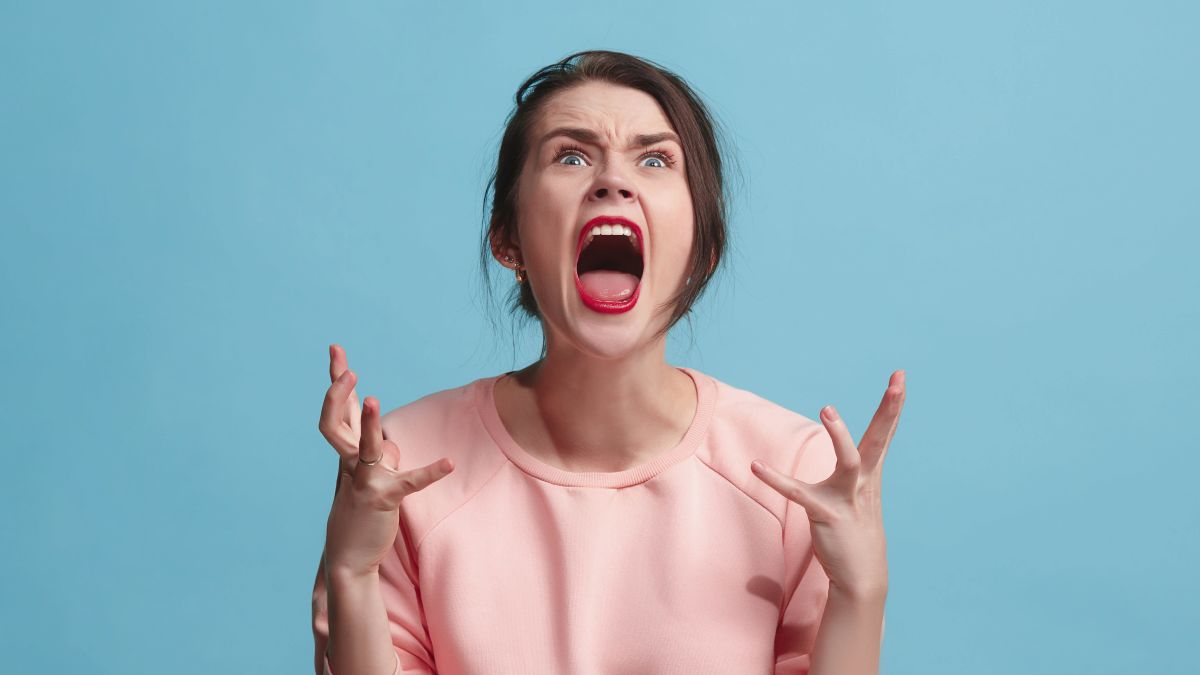 Being called “crazy” only works in the service of making you feel crazy. It’s a loaded term already—an insensitive label for some someone prone to uncontrolled outbursts or violent behavior—but it’s often used to describe to anyone who may not be behaving in a conventionally “normal” way.

It’s one of those words we use too flippantly, and slots in with other insensitive, once-ubiquitous terms now considered ableist (including “the r-word’). Calling someone crazy might seem like no big deal, but the word can be harmful, as the comedian Dave Chappelle pointed out in a 2006 interview on Inside The Actor’s Studio. During the interview, he became palpably frustrated when talking about notion of labeling others crazy, apropos of his shirking of the limelight following a trip he took to Africa to evade media scrutiny over the success of Chappelle’s Show.

It kind of seemed like a radical idea at the time, but Chappelle—who has garnered no shortage of justified criticism for his own problematic comments about the transgender community—was onto something. And the sentiment has only gained steam as social mores have generally evolved toward being less degrading to people who struggle.

It goes far beyond calling people “crazy”: There are plenty of other phrases you should cull from your vocabulary—with your coworkers and beyond—that might be triggering to other people, whatever your own intentions are in using them.

Calling someone “crazy” or “insane”

The notion of being “crazy” or “insane” is inherently dismissive, as it doesn’t even scrape the surface of what might be ailing the person in question. Being called crazy reinforces a stigma that suggests the person who struggles is weak and somehow failing to live up to standards of normalcy.

As Brenda Curtis, a professor of Psychology in Psychiatry at Pennsylvania University, explained in 2018:

“One of the common stereotypes around mental health and substance use disorders is the idea of a moral failing. A lot of people will think, ‘oh they’re just sad, get over it,’ or ‘oh, if you don’t want to use drugs, just stop, no one forced you to.”

It’s also an insult that’s predominantly hurled at women. More often than not, it’s a word pulled out to describe women, and often used by men—who are notoriously pressurized gaskets of suppressed emotion themselves. If a friend or coworker is acting in a way you find disagreeable or disruptive, find a precise way to talk to them about it. Don’t call them crazy.

Suggesting someone is “on the spectrum”

Likening anyone’s social tics or awkwardness to autism is similarly insensitive. In one fell swoop, you’ve managed to simultaneously play armchair psychologist and paint the broad array of people with Autism Spectrum Disorder with a single brush. Again, likening anyone’s perceived communication shortcomings to autism is to whitewash the broader circumstances that might be afflicting them, whether autism is one of them or not.

There’s a very specific list of symptoms native to people with ASD and associated disorders, such as Asperger syndrome. You have to know what you’re talking about before making this kind of claim. When you use it casually, you’re doing a disservice to the person you’re talking about, and to autistic people everywhere.

Similarly to ASD, you should never reduce a debilitating condition to some kind of verbal slight. People who are extremely organized, tidy, and clean are often sequestered into a camp by others who witness the surface level behavior and extrapolate larger judgements from there. Don’t use flippant phrases that serve as overarching diagnoses of people who might simply be more focused on organization or neatness that you consider to be normal. Even if the person in question doesn’t mind—or uses it to describe their own behavior—it can can cause harm to someone who genuinely suffers from the condition by making it seem like a simple affectation.

In reality, Obsessive Compulsive Disorder is a mentally draining affliction that wages war on one’s emotional state. As Lisa Whittington-Mill recently wrote of her struggles with OCD:

When the voice in my head is not telling me that I must check the stove repeatedly to make sure it’s shut off or my apartment will catch fire, the voice tells me I am imperfect—I am a failure because I cannot silence it. So I push myself to work harder, to do better, and to achieve more. I am so disappointed in myself that I channel that frustration into a near impossible level of perfectionism. Stress only makes it worse. When there are things I can’t control, I focus on my compulsions—which sometimes feel like the one thing I can control.

This is perhaps the most obvious example, but discussing someone’s body in these terms (in private or otherwise) should never be done. Around 20 million women and 10 million men will suffer from an eating disorder at some point in their lives, battling urges that are psychologically and physically damaging. Saying that anyone whom you perceive to be underweight has an eating disorder consigns a stigma of mental instability on the person you’re referring to—someone who very well could be suffering from body dysmorphia or an eating disorder, and who doesn’t need to hear any judgements about it from you.

These terms—and many others that you might utter every day without a thought—should be easy to cull from your vocabulary, because there are plenty of ways to express yourself without demonizing or belittling a group of already marginalized people.