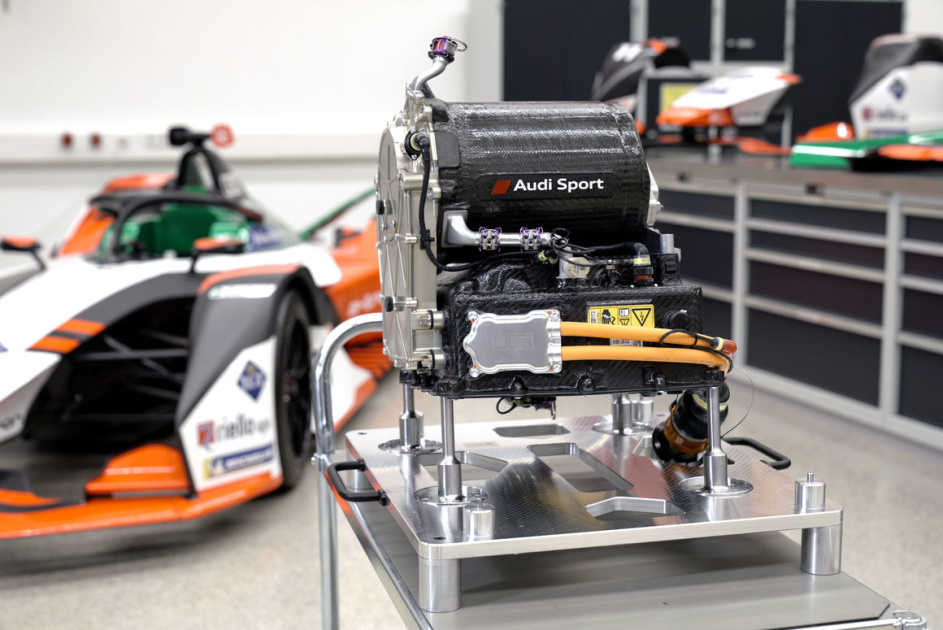 However, it now puts that power to the road much more efficiently. The MGU05 now runs at about 95 percent efficiency, matching rivals like Mahindra racing and nearly doubling the efficiency of Formula 1’s hybrid power units. Better still, Audi said that thanks to a new design and carbon fiber materials, the power unit’s overall weight is 35 kilograms, helping reduce the EV’s overall weight.

During its tech talk, Audi said that the new efficiency gains actually came from its “ultra lightweight technology” already incorporated into passenger vehicles, rather than the other way around. However, Formula E principal Allan McNish believes that software developed in Formula E will eventually makes it way to the company’s consumer models. “We’ve got limited space to [develop hardware], but with the software I think we can exploit that a lot and it’s an area where we’re focusing a lot of our time,” he said.