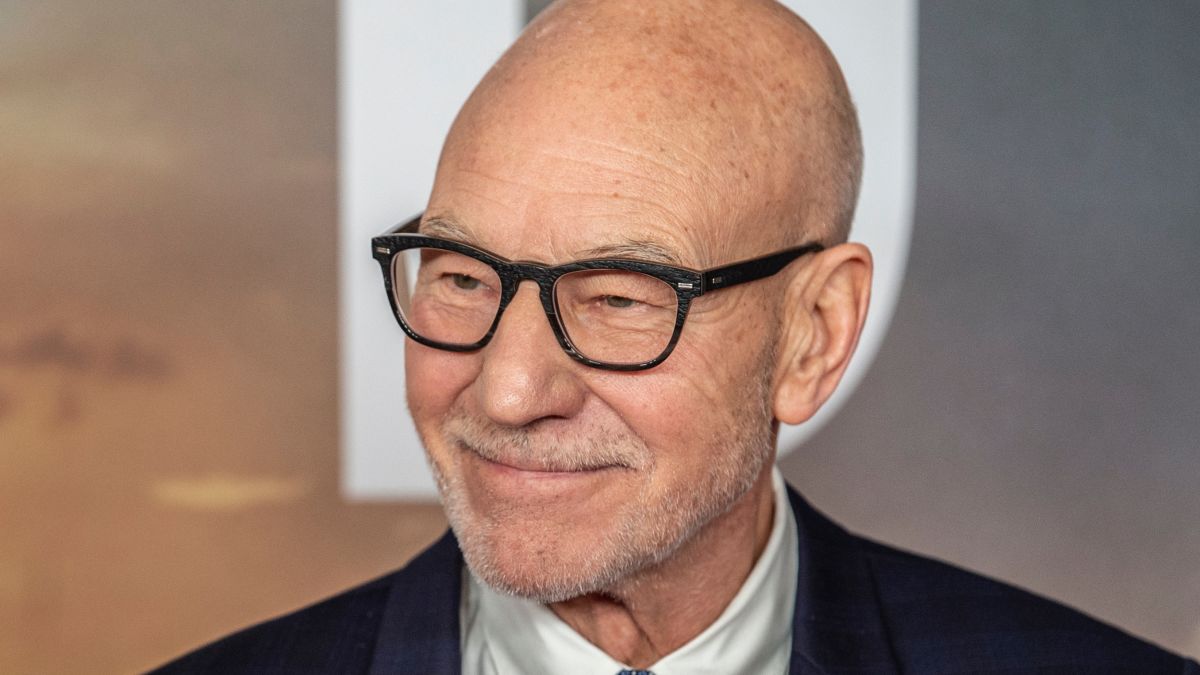 It can feel like there is very little to celebrate: We can’t throw birthday parties or wedding receptions or even go out to see a movie on a Friday night. Our kids haven’t been within six feet of their friends in five months, sports are weird, and we’ve got a long, dark winter looming ahead of us. But! Patrick Stewart is still reading sonnets on Instagram and Twitter.

Sir Patrick first posted a video of himself reciting William Shakespeare’s Sonnet 116 all the way back on March 21 (remember March?). It was an immediate hit—it now has nearly 500,000 views and 4,000 comments, most of which read something like, “Thank you, sir, you touched my heart, bless you, I absolutely adore you.” So the very next day, he came back to us with these sweet words:

I was delighted by the response to my posting of Shakespeare’s Sonnet 116.

You might think that Captain Picard reading poetry on social media would get old after a week or two, but you would be wrong. And as he “undertook what followed,” his fans (as far as I can tell from the comments and the feeling deep within my own soul) only fell more in love with him.

It’s not even really about the sonnets themselves. It’s his calming demeanor. His different styles of glasses. His sweaters. His biceps peeking out beneath his T-shirts (including this one, which is apparently his favorite because it appears in several readings). I even recall one reading in which he showed us the fire he was sitting beside and we are able to catch a quick glimpse of his slippers—the people loved it.

There’s this one, where he’s sitting outside, wearing a hat with pink and red ribbons. It’s belongs to his wife, who is the one-person production crew behind these videos. “Oh, I hope the hat isn’t too much of a distraction,” he says before he begins reciting sonnet 50. “It’s Sunny’s hat…and I’m in the sun. Ha ha ha ha ha.”

We also can’t forget this one, in which we “catch him” shelling cranberry beans: “Oh, hi!” he exclaims in fake surprise. “You catch me doing kitchen duties! I can’t cook, you see, so I just get to do things like this.” (Then he tells us how “absolutely delicious” these beans are in a salad or a stew, and we believe him.)

And then—then—there’s this one, in which he surprises us with a guest reader. That’s right; Number One himself shows up (socially distanced at the opposite end of a long table) to read sonnet 57 while Sir Patrick sits back and sips a glass of white wine.

What is especially endearing about these is that if there’s one sonnet that is too difficult to read or he doesn’t particularly enjoy, he skips it. If he stumbles over his words, he begs us for forgiveness and starts again. He doesn’t try to be perfect, but he does try to keep us as entertained as possible by sitting in different locations around his home and yard—the other day, he even read sonnet 111 standing up: “Hi! Um, I-I don’t think I’ve done one sonnet yet standing up,” he explains. “So that’s the reason I’m leaning against the doorjamb here; because, I don’t know, I thought it might inspire me to do something different.”

We’ve got less than 40 sonnets to go before he runs out. I’m not sure what he intends to do after that, but if he wants to simply start over again at the beginning, that’s fine by me.