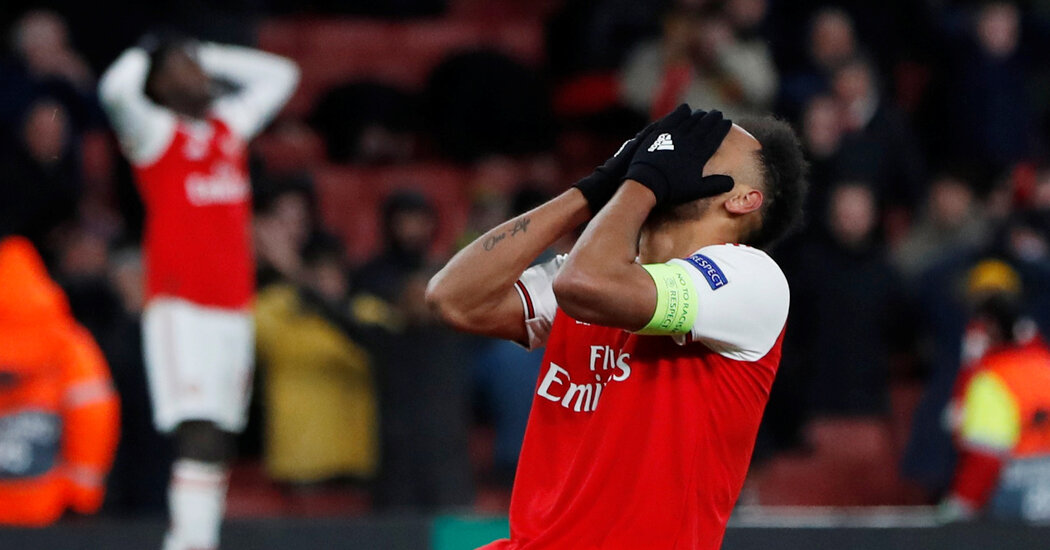 Arsenal will recover, of course. It will return, though it is likely to be a long and arduous journey. In the meantime, it stands as a warning to the rest of the elite that their place at the top table has not been granted in perpetuity: It is yours only so long as you make (enough of) the right decisions.

And it offers inspiration to all those teams who harbor aspirations of, one day, usurping the established order: to Leicester and to Wolves and to Everton and the rest. The divide can be bridged. Permanence is an illusion. People — clubs — make mistakes, no matter their size or their wealth or their self-perception. Keane was joking, probably, when he said Arsenal would not suffer relegation. In a way, though, it already has.

Finally, a Good Thing Out of Brexit

The sunlit uplands are just a few weeks away. Britain will leave the European Union on Jan. 1 and it will finally be free to … have its own currency? No, that’s not it. Control its own borders? Oh, it did that anyway. Turn Kent, the garden of England, into a gigantic parking lot for trucks? Seems a strange thing to want, but if that’s what you like, great.

Brexit’s impact on soccer will, in all likelihood, not be particularly noticeable in the Premier League. English clubs will, in theory, no longer be able to recruit so liberally from Europe, but most of the players of interest to the teams of the country’s top division will readily meet the criteria to be granted permission to play in it. (Lower-tier teams, and the majority of clubs in Scotland, may feel more of an effect on their recruitment plans.)

Most important, though, was one throwaway line hidden deep in the weeds of the Premier League’s statement on how international transfers will work in this brave new world. English teams will, starting Jan. 1, no longer be able to sign any international player until the player has turned 18.