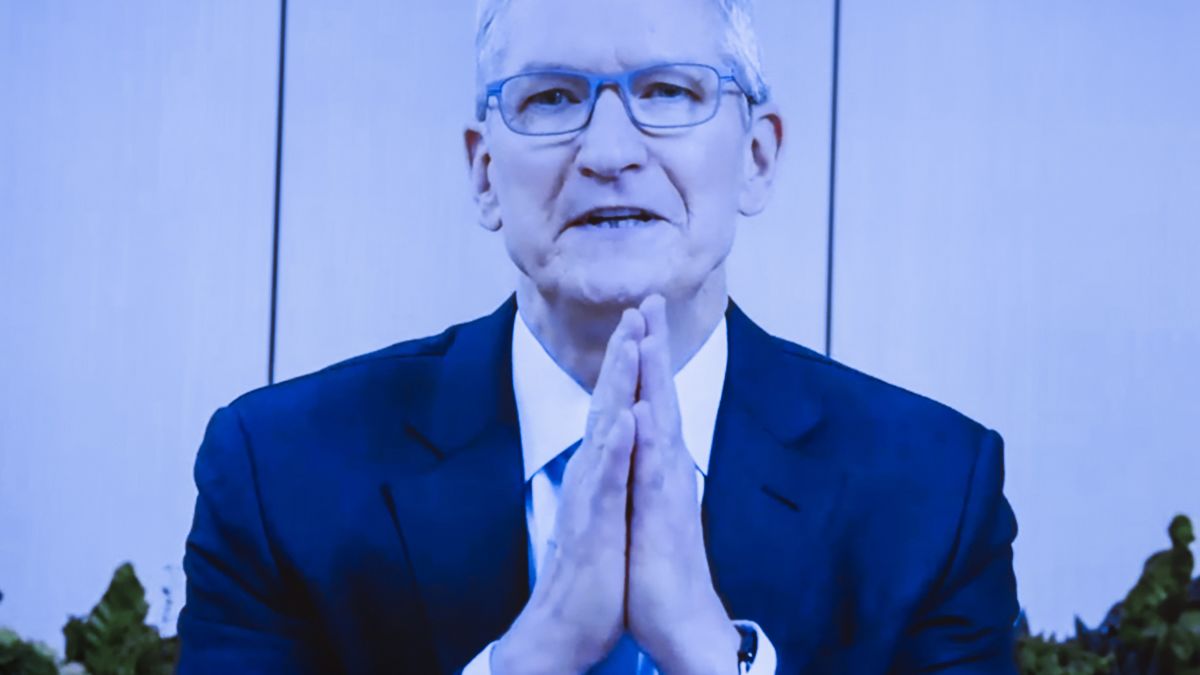 In June, Apple unveiled plans for an iOS 14 privacy update that forces developers to gather users’ consent before tracking their activities across third-party apps and websites. Needless to say, giving users more control over how their information is gathered and trafficked is expected to bruise advertisers—especially Facebook, which uses that information to narrow its targeting functions.

As the initial autumn deadline closed in, Facebook protested last week that the change could render Facebook’s Audience Network—its ad service offered to third-party apps—“so ineffective on iOS 14 that it may not make sense to offer it on iOS 14 in the future.” The company claimed that blocking personalization is expected to cut Audience Network revenue by half or more, and that the move would hurt the over 19,000 developers who work with Facebook, many of which are “small businesses that depend on ads to support their livelihood.”

Apple’s messaging to users, as illustrated in the latest promo images for iOS 14, doesn’t give surveillance a nice ring. It will tell you bluntly that such-and-such app “would like permission to track you across apps and websites owned by other companies.” Apple pointed out to Gizmodo that it still embraces in-app advertising and does not prohibit tracking. In fact, Facebook can still gather that data (using Apple’s advertiser ID), if it’s willing to ask iOS users to agree to be tracked (using that scary messaging.) But both Apple and Facebook know that the data collection business operates more smoothly when begging for forgiveness later rather than asking permission now. If not, companies wouldn’t have mastered the art of doublespeak and constructed labyrinthine settings menus.

Apple, on the other hand, will still be able to benefit from gathering your information in various ways without asking permission because Apple doesn’t necessarily need to share or gather your information with data brokers and outside companies—your data is already growing organically within Apple’s walled garden. For example, Apple might show you an ad for a weight loss app in the App Store based on the fact that you read an article from a lifestyle publication in the Apple News app—a function which is automatically enabled, and can be toggled off, under “Apple Advertising.” Similarly, Apple says that developers can use data gained from activity within their own apps through Apple’s vendor-specific identifier. (Apple says that the “tracking” prompt would still show up if Apple-created apps intend to share information beyond Apple.)

But it’s hard to imagine a competing vendor that would have access to such a sprawling network of native data, aside from Google, which has its own devices and browser and advertiser ID. And sticking the notification on Facebook polishes Apple’s self-fashioned reputation a big tech company which values privacy. (It is not.)

Still, the prospect of keeping data between yourself and Apple Inc. is a lot more reassuring than the current situation, in which a fertility app can send your location to a mysterious ad tech company in China. Or it will be somewhat reassuring, whenever (or if) it comes to pass.

Apple says that now apps won’t need to ask users permission to be tracked until 2021, “to give developers time to make necessary changes.” Apple will also require developers to submit details on the data their apps collect—including “sensitive information” such as race, sexual orientation, disability, and political affiliation—which will be published in the App Store later this year.