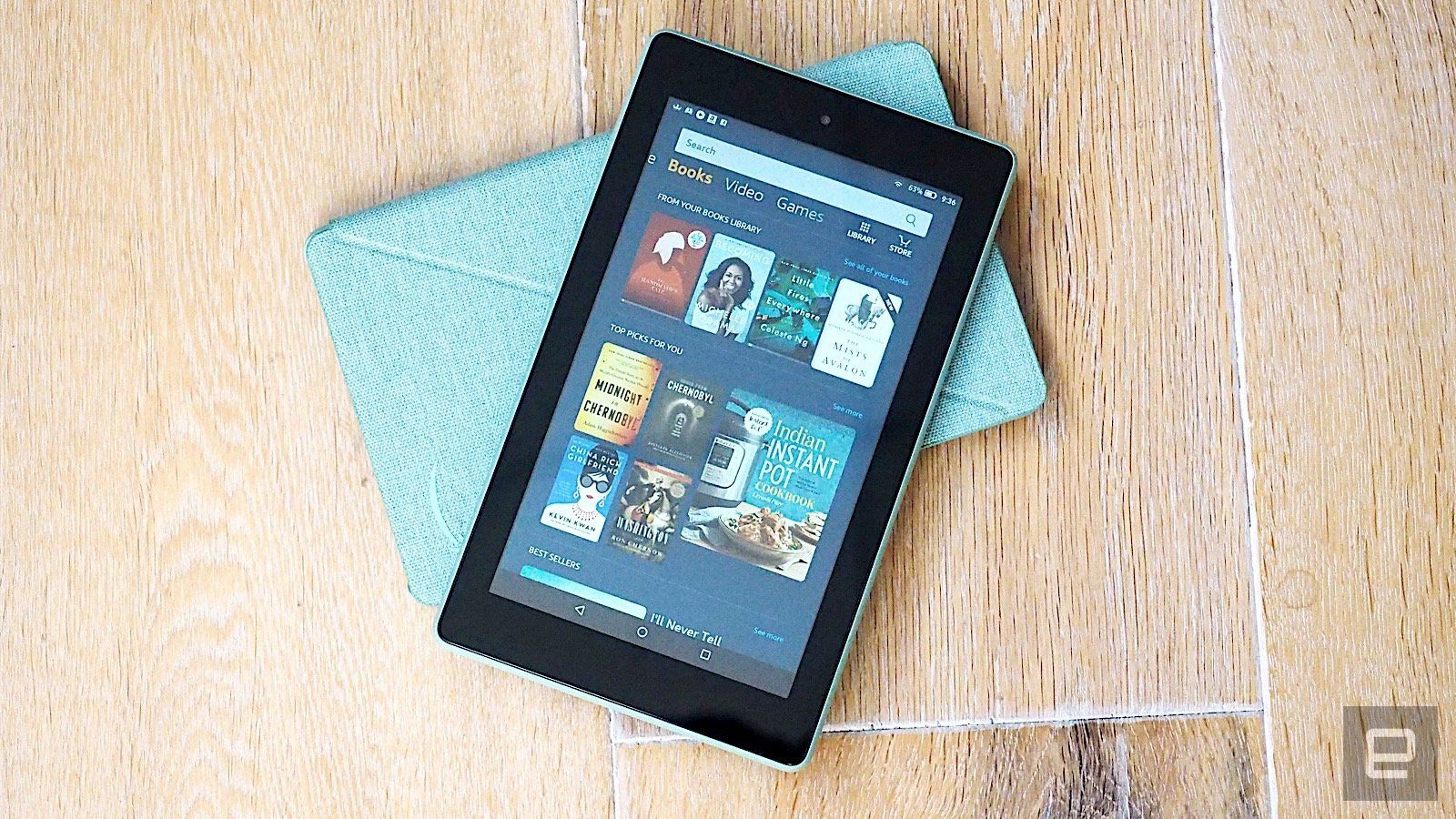 Amazon’s Fire tablets are hard to beat when you’re looking for an affordable slab that can handle web browsing, online shopping, video streaming and other basics. The cheapest in the lineup, the Fire 7 tablet, is on sale right now for $40 — that’s $10 off its normal price and the same deal that we saw over Black Friday. That’ll get you the base model with 16GB of storage, but you can upgrade to 32GB for $20 more. If you’re willing to spend a bit more on an even more capable device, most of Amazon’s other Fire tablets are on sale, too.

The Fire 7 comes with a 7-inch IPS display, 2MP front- and rear-cameras and hands-free Alexa controls. With the latter, you don’t have to unlock the tablet to summon the virtual assistant — you can just bark a command at Alexa and the tablet will respond. While you can get this experience from a speaker like the Echo Dot, the Fire 7 has the ability to supplement Alexa’s audible answers with visual information on its screen. While the Fire 7 doesn’t have Show Mode, which basically turns other Fire tablets into makeshift Echo Show devices, you could still prop up the Fire 7 with a case and use it in a similar fashion.

You’ll get roughly five to seven hours of battery life with the Fire 7 depending on what you’re doing. The biggest drawback to Fire tablets in general is the lack of Google apps. While Fire OS is based on Android, it doesn’t have access to the Play Store or other apps like Gmail and Google Drive out of the box. But Amazon has its own app store where you can download programs like Spotify, Disney+, Kindle, Zoom and others.

While we generally believe the Fire HD 8 is the better buy if you’re willing to spend more money, there’s a lot to like about the Fire 7 tablet. It makes a good couch device with which you can read e-books and comics, check social media, browse the web and more. It also makes a good kids tablet if you don’t want to worry about them breaking a device that cost hundreds of dollars.