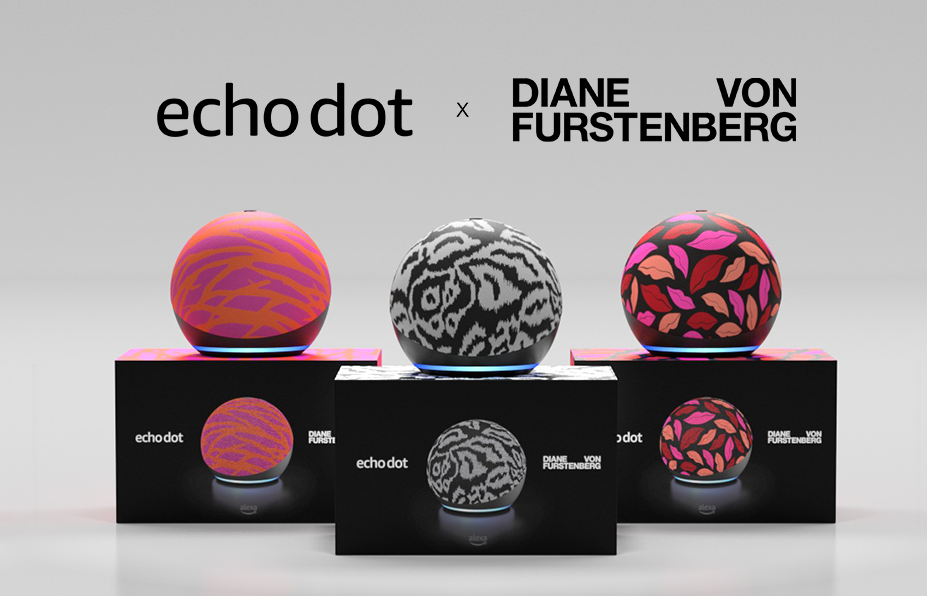 Amazon’s latest set of crowdfunded Echo devices aim for luxury over eccentricity. The retailer has unveiled three new trippy Echo Dot concepts from Belgian fashion designer Diane von Furstenberg (DVF) that you can pre-order today for $60 each. Well, as long as they hit their sales target.

Like the trio of weird products Amazon unveiled in February (cuckoo clock anyone?) these dinky speakers are part of the Built It program that borrows from Kickstarter and Indiegogo. Basically, Amazon will only ship out this second round of gadgets if they generate enough consumer interest within 30 days. As usual, if you order a product that doesn’t make the cut, Amazon won’t charge you for it. Paying $10 more for a limited edition smart speaker may not be a stretch for Amazon and DVF loyalists, so these stand a good chance of making it to the factory line.

Von Furstenberg is no stranger to the tech scene. The fashion powerhouse previously collaborated with Google on frames for its smart glasses and created a custom Samsung SPH-A680 cameraphone. She has also twice teamed up with Amazon to host female-led livestreams on International Women’s Day. Von Furstenberg will be jumping back on Amazon Live today to plug the new Build It devices.