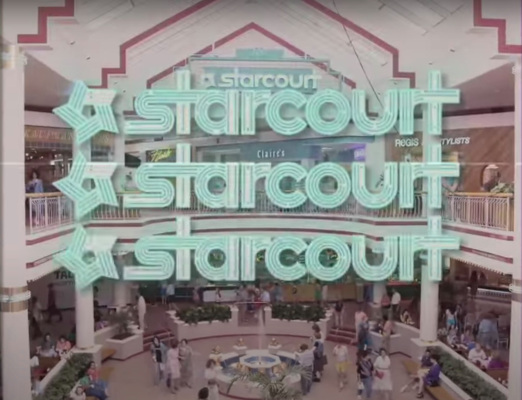 One of the largest owners of shopping mall real estate in the United Stages, Simon Property Group, has been talking to Amazon about transforming its anchor department stores into Amazon distribution hubs, according to the Wall Street Journal.

In the case of Simon Property, the anchor tenants like J.C. Penney and Sears that used to be stable sources of revenue are now weights around the neck of the retail real estate manager, and transforming their ghostly halls of pale mannequins into warehouses for Amazon orders simply makes sense.

The transformation from showroom to storehouse for everything from books and sweaters to kitchenware and electronics won’t be too much of a stretch for the vacant storefronts of businesses that hvae both filed for Chapter 11 bankruptcy protection.

Simon’s holdings include some 63 JC Penney and 11 Sears stores, according to the Journal’s reporting citing a May public filing from the real estate developer.

This wouldn’t be the first time that Amazon had turned to mall real estate for fulfillment centers. in 2019, the online retailer acquired a massive physical footprint in Akron, Ohio that it turned into a distribution center.

Gone are the days when gum smacking tweens and teens and their beleaguered parents would head to the local mall for a stroll around the retail block. Now shoppers prefer to peruse online and kids find Fortnite to be the Hot Topic to hang in.

The deal, if it goes through, would be another nail in the coffin for a staple of late twentieth century culture that now mostly exists in the memory of baby boomers and Gen X consumers (thanks millennials and Gen Z).

Malls these days are lifestyle affairs that promise boutique branded shops than the sprawling department stores that had something for everyone. The big-box spaces that the Journal reported Amazon is negotiating for are the 100,000 square foot, multi-story behemoths, that are likely not long for the long tail world of niche commerce anyway.

These days, consumers are looking for brands that appeal to a persona or the bottom line of a pocketbook, and not the mass casual one-stop-shop of late twentieth century department store off-the-rack identities.

The Journal reported that, if the deals went through, Simon would like rent the space at a considerable discount to what it would charge another retailer. The paper estimated that rents could be as low as $4 per square foot to $19 per square foot, while warehouse rents average about $10.

At this point, shopping malls are looking for anything to bring in money. They’ve already tried schools, medical offices and senior living facilities, but the COVID-19 epidemic has thrown all of those plans into the abyss.

And, as the Journal notes, malls are already located in places that make them attractive distribution hubs. Amazon has bought some sites already and FedEx and DHL have done the same, according to the paper.

At this point, Amazon ownership may be a better fate for the real estate than totally abandoning it to empty space and the lingering soundtrack of 80s rock.