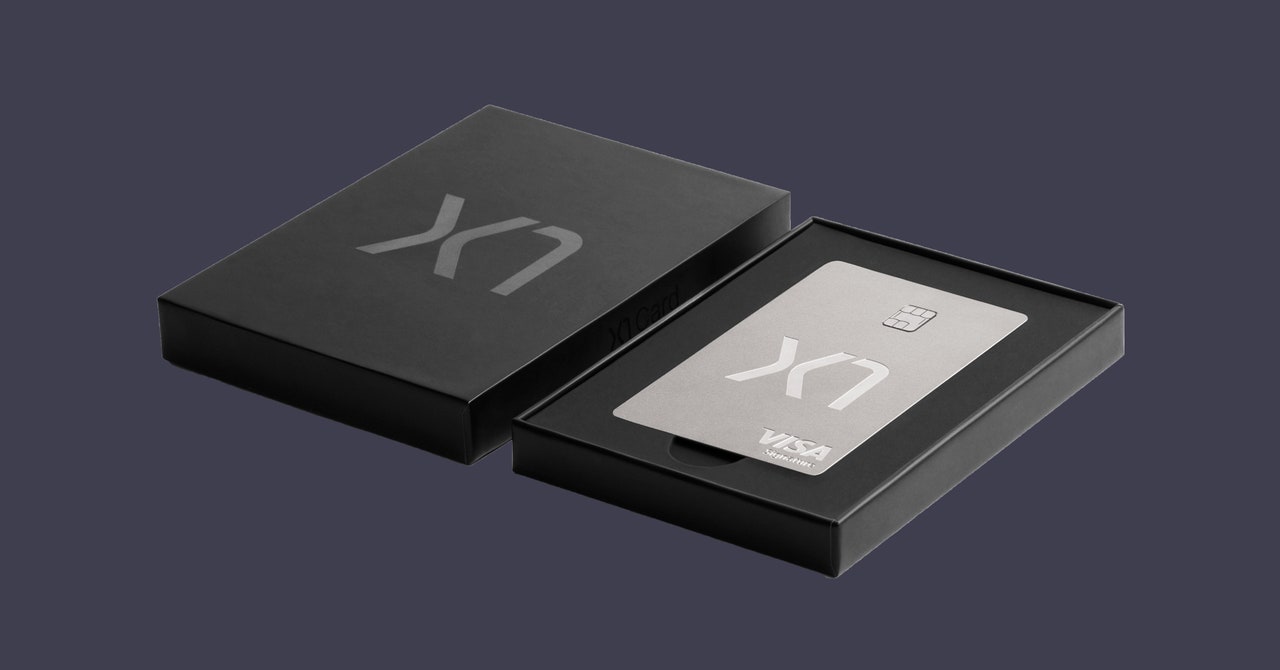 When Deepak Rao founded his first startup, in 2011, he put all of his business expenses on two personal credit cards, with a combined credit limit of about $3,000. “They were totally maxed out all the time,” he says. “To this date, my credit score has never recovered.” Even after four years of working at Twitter with a product manager’s salary, Rao still couldn’t qualify for credit cards with the kinds of perks he wanted: ones that paid for vacations or gave him points at the places he liked to shop.

With his second startup, Rao is trying to solve that problem. The X1, a new credit card, is designed for people who want premium perks—with or without premium credit scores. It uses a novel underwriting process, which links with a user’s bank account to determine credit limits based on cash flow. The card promises up to five times higher credit limits than the average card.

The card itself is made of stainless steel—the kind of objet d’art that’s advertised as making a pleasant clang when you drop it—but it’s meant to be used digitally, like the Apple Card. It has a sleek app that gives users the ability to create disposable “virtual” cards, cancel subscriptions with one click, and make anonymous transactions without giving out a real name or card number. Its points are redeemable at a list of merchants frequented by the stereotypical tech bro: Peloton, Patagonia, Allbirds, and Airbnb.

Perhaps for that reason, the X1 has become something of a Silicon Valley darling, with a waiting list of more than 350,000 people, the startup says. Its investors include Affirm CEO Max Levchin, Box CEO Aaron Levie, and Yelp CEO Jeremy Stoppelman. “I think of it as Silicon Valley’s answer to American Express, which is really for the old guard at this point,” says David Sacks, the venture capitalist and PayPal alumnus who sits on the X1’s board and uses the card himself.

Other credit card startups have sought to fill gaps in the market. Brex, which is valued at nearly $8 billion, created a card to work for startups that had funding but no revenue. Karat did something similar for creators locked out of traditional financing. Both of those cards solved a crediting issue for a novel type of business and offered perks specific to their needs. The X1 is hoping to do the same for consumers, specifically those who are mostly young, high-earning, and who live on their phones.

The X1 will begin rolling out cards to its waiting list this week, after testing the card in beta for the last six months. One of the X1’s beta testers, Akhil Bhandaru, told me he had been spreading his expenses over several credit cards to keep his overall credit utilization low. Despite being a well-paid engineer at Amazon, his best credit card had a monthly limit of $4,500, because his credit history was so short. (He graduated from college in 2020.) The X1 gave him six times as much credit and better perks than any of his other entry-level cards. For the first time, he was able to use his own credit card points to pay for flights home to see his parents.