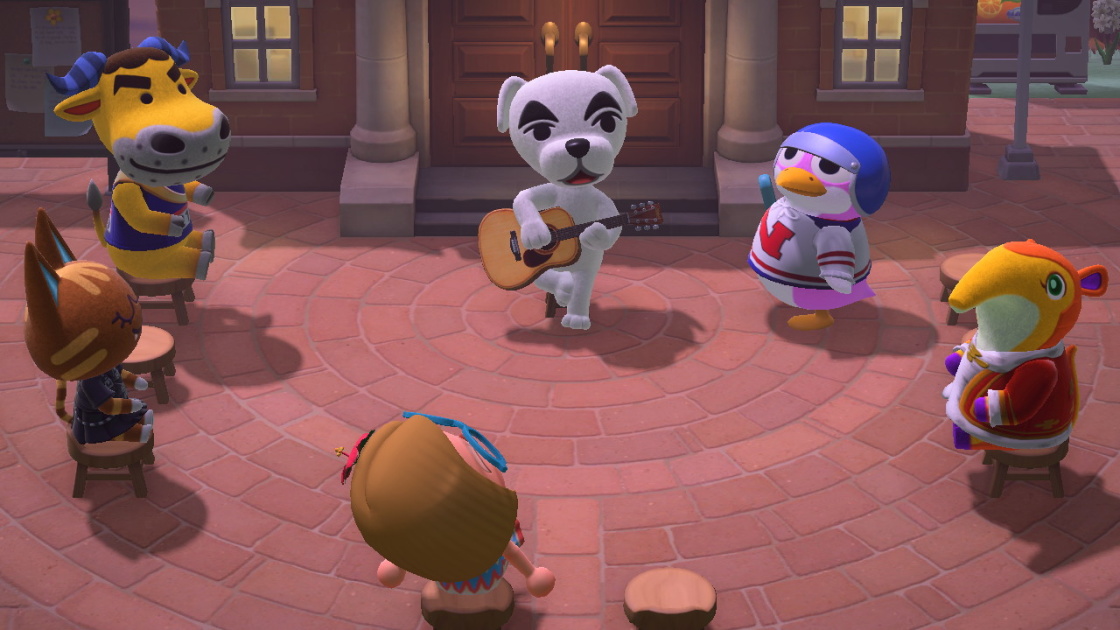 However, to just say it came out during the perfect window is to ignore the changes Nintendo made in the series that helped build its fame: the presence of the share button on the Switch made it easy for players to take screenshots and spread them on social media, and a more streamlined friend code system made it easy to visit both friends and strangers alike.

New Horizons would have still sold well even without a pandemic, but these new features gave it more visibility and made it easier for the Animal Crossing faithful to spread the word. And they did, with the game ubiquitous on social media for its first month or so, inspiring countless parodies, brand advertising and eventually, a talk show with celebrity guests like Sting, Elijah Wood and T-Pain.

Another title that got celebrity attention this year was Innersloth’s 2018 title, Among Us. The two-year-game exploded over the summer for a number of reasons — not the least of which was its superficial resemblance to another popular title, Fall Guys. But it was also cheap to play, at $5 (or less) for the PC version and free on mobile, and it was super easy to set up games with friends or complete strangers.

The relatively simple game play made it a favorite of casual players, since it’s mostly just point and click, with the hardest part being the mind games you play on your fellow crew members. I’ve met a few people who don’t even bother with the larger goal of trying to suss out the imposter; they just enjoy being in space, doing their tasks and seeing how the whole drama plays out. It’s a fun game to watch — as evidenced by the 430,000 people who watched representatives Alexandria Ocasio-Cortez and Ilhan Omar face off against several prominent streamers on Twitch back in October.

Fall Guys: Ultimate Knockout was also one of those titles where players didn’t particularly care if they won, though in this case it was because the game was super hard to beat. Players were pitted against 59 other competitors in a series of physical game show challenges that were often ridiculous and extremely unpredictable — many hardcore gamers found the title’s fickle controls a turnoff, but many more just lost themselves in the craziness. The ability to jump back into the game quickly after defeat made each loss less of a tragedy and, thanks to the spectator mode, it was another one of those games where it was fun to just hang around just to see how things ended up.

The social aspect of gaming definitely moved to the forefront this year. Streaming has been a big part of the medium for the past few years now, with people feeling an affinity for their favorite players and forming communities on YouTube, Twitch and Discord. But large multiplayer games have also played their part, and many casual gamers gravitated toward them not as a way to enjoy the game itself, but as a place they can screw around with their friends.

Both Minecraft and Fortnite served as big meeting places in the past, but 2020 saw a huge increase in Roblox players, an online platform where kids could create their own spaces — and their own games — to play. The biggest draw was that it was free to download, which meant any kid who owned a device could hop in, and parents were only happy to let them do so since it was less violent than Fortnite and encouraged their child’s creativity. The game gained enough cachet this year that Lil Nas X even held a virtual concert there last month, debuting his new single “Holiday.”

For adults, socializing in 2020 meant a lot of virtual happy hours, which got tiring pretty quickly. To try and give these events a little more structure, a lot of people invested in one or more of Jackbox’s Party Packs. Each pack contains a number of games, like trivia and drawing activities, that could be broadcast over a Zoom stream. Unlike a lot of other titles the players didn’t need to own the game itself or even a console: Players participated via their phones, entering the session’s unique four-character code into a web browser. Jackbox even has a spectator mode, letting people vote on some of the rounds even if they didn’t want to be a full player — the ultimate in casual gaming.