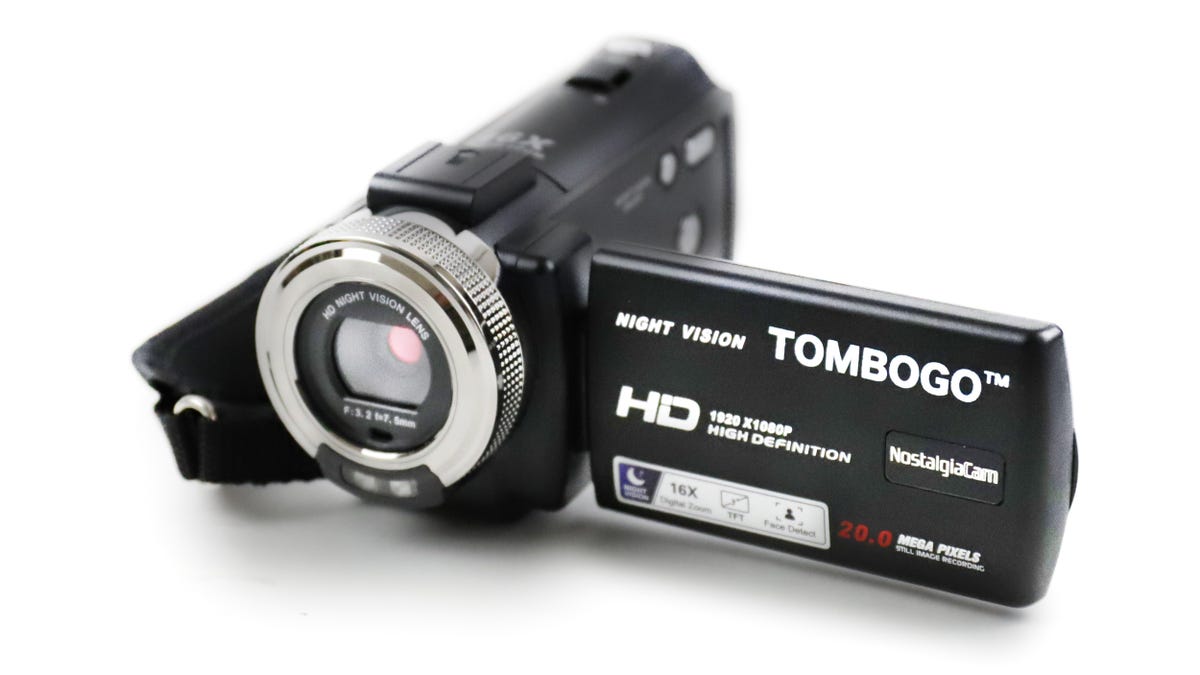 As happy as the world was to transition away from analog mediums like film, there’s still plenty of nostalgia for old film cameras, which helps explain how Polaroid came back from the dead. With the NostalgiaCam, a fashion brand called Tombogo is trying to do the same thing for the digital camcorders of the early aughts, but the $200 price tag might be a tough sell.

There are actually several reasons the Polaroid was resurrected, and it’s not just because hipsters needed something to put inside the vintage suitcases they carry around. Hard copies of photos are still appealing, even when we can all flip through thousands of images on our smartphones. The basic optics of Polaroid cameras and the limitations of instant film also produce photos with a distinctive old-school aesthetic that, apps like Instagram, go out of their way to emulate.

Even just using a Polaroid camera is an experience that’s very different from snapping photos with a touchscreen device, and that’s presumably the same thought process behind the NostalgiaCam. You couldn’t slip a camcorder into your pocket, but with a hand strap, it was arguably a lot easier to hold and use to capture long videos. Do people miss them as much as they did instant cameras like the Polaroid? Tombogo sure hopes so.

Unlike the smartphone in your pocket that can capture 4K HDR footage, the NostalgiaCam tops out at 1080P high-def resolutions, but promises 20MP still image captures with features like night vision, face detection, and 16X zoom. It comes with a 64GB SD card (not microSD) and a USB cable used to get footage off the camcorder because unlike your smartphone, there are no wireless sharing capabilities here.

Its three-inch pop-out screen is too small for a group of people to crowd around and watch, so you’re going to need to rely on an included set of especially old-school RCA composite cables if you want to connect the NostalgiaCam to a TV. At least it comes with a carrying case.

As much as we understand the appeal of instant photography and the tiny photo printers that remain popular alongside Polaroid’s cameras, we’re not entirely sure that nostalgia carries over to camcorders. They were killed off by smartphones for a good reason and should have probably remained dead. No one’s going after that parent in the audience at a Christmas pageant aesthetic.