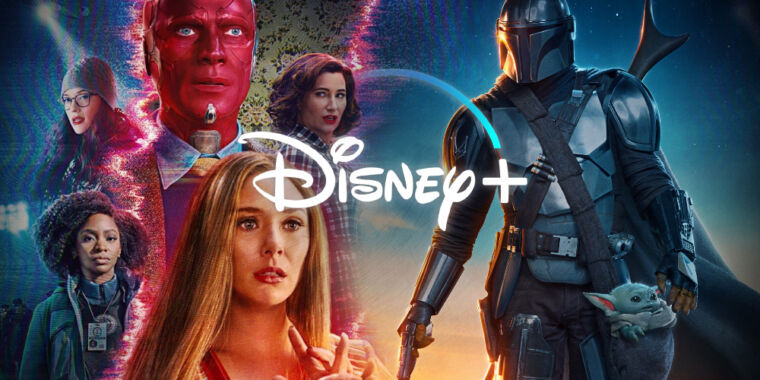 In the Walt Disney Company’s latest shareholder call, we expected to hear good news about its popular Disney+ service—especially as a highlight for a company otherwise besieged by the realities of a pandemic. Sure enough, the news was incredibly good for the company’s upstart streaming service, with CEO Bob Chapek confirming a tidy threshold: over 100 million subscribers.

Thanks to Disney’s recent fiscal announcements, the number isn’t entirely surprising, considering we saw counts of 86.8 million this past December and 95 million in February. But in two other respects, the number is gargantuan. First, Disney originally projected a four-year plan to get to 90 million subscribers, and that estimate has clearly been blown past.

Second, the other megaton streamer in the conversation, Netflix, needed much longer to cross that alluring 100 million mark: a whopping 10 years. Disney+ only needed 16 months.

How the heck did this happen? Having followed every streaming service imaginable since the days when Netflix tried pulling a Qwikster, I have a few thoughts and guesses—though I’ll try not to belabor the obvious ones.

For some reason, households became increasingly hungry for regularly updated content and escapism over the past 12 months. The thing is, if you can remember as far back as March and April 2020, you may recall a few major conversations that revolved around streaming: a brand-new, star-studded service full of celebs (which ultimately bombed), and a reality show about endangered species—and the weirdos who held them in captivity.

Those did well as headlines, but by the pandemic’s end, Disney+ owned the conversation. The Mandalorian and WandaVision capitalized on captive audiences with two equally crucial attitudes: a savvy slowdown on established IP, to let fans get to better know characters and stories that have otherwise whizzed by in tentpole film after tentpole film; and a once-a-week drip of new content, instead of the binge-it-all firehose made famous by Netflix.

Neither of those strategies necessarily works in isolation. In particular, Clone Wars‘s latest season didn’t become the stuff of Zoom-watercooler conversations. But solid, emotionally charged television that puts beloved IP through smaller-scale risks—and does so on a serial basis to let clueless viewers catch up amidst online chatter—seemed to break a zeitgeist seal.

Additionally, Disney is clearly still interested in “Premium Access” film launches. After Mulan dipped its toes into the concept, Disney+ followed by doing the same for February’s critically beloved Raya and the Last Dragon. Remember, each film’s $30-per-family purchase goes entirely into Disney’s pockets, instead of splitting ticket prices with distributors, theaters, and other meatspace stakeholders. Families love Premium Access as an option, too, with the money they’re saving on concessions and the time they’re saving on 25 minutes of trailers. Disney is poised to schedule its Premium Access premieres rarely, as opposed to a once-a-month deluge, and that will help consumers see these as special events worth trying out—a sort of Disney seal of approval.

Speaking of home viewing: Disney+ immediately established its place as a must-try streaming option for higher-end home theaters. 4K resolutions, HDR and Dolby Vision metadata support, and surround sound appeared in pretty much every applicable film on day one, and it didn’t take long for major archival updates, particularly the full Star Wars film family, to get handsome 4K-izations that had otherwise been tricky to purchase for home viewing.

Disney was also careful to power-launch on every app ecosystem imaginable: Amazon Fire TV, Roku, Apple TV, Chromecast, Android, iOS, all three major game console families, all web browsers (yes, including those in Linux), and smart TVs using Samsung and LG’s OSes. Comparatively, we’ve seen other streaming services play licensing chicken and get left behind. There’s really no underselling it: if even one beloved device doesn’t sync with a streaming platform at launch, customers have 400 other options to tune in to. The last thing an emerging platform needs is someone typing in a search for “Disney Plus” and getting some cheesy ripoff app advertised, instead.

The D+ team additionally made sure to emphasize streaming performance, image quality, and app usability on day one, and that made an incredible first impression. The app’s UI is clean as hell. Its sorting interface makes it easy to find what you want to watch with as few searches or clicks as possible. And everything scales neatly no matter what size screen you’re watching on. Disney hired Bamtech to put the service together, and that team leveraged its expertise with the likes of MLB.tv and PlayStation Vue in impressive fashion.

Heck, when Disney+’s nerdiest A/V users cried foul about classic Simpsons episodes’ screen ratios, the D+ engineering team responded with a painfully deep dive about how that issue was solved and why it took a few months. I’d say this was a much better response than Homer standing up and mocking those customers for wearing shirts that read, “Genius At Work.”

Which beloved series will you find on which streaming service? You’d think this question would be simple, thanks to each service having its own loud branding, but then you see services like NBC Peacock missing massive NBC classics like Friends, Fresh Prince of Bel-Air, and Seinfeld.

Disney+, conversely, has been intentional with an app interface that emphasizes five clear funnels of content: Disney, Marvel, Star Wars, Pixar, and National Geographic. The “Disney” one is arguably the most unwieldy, since it juggles classic cartoons, family-friendly live-action sci-fi, and whatever drugs the Muppet Show‘s writers and performers were doing in the ’70s. But if any brand name can get away with “wide gamut of content that ultimately qualifies as family-friendly,” it’s the D.

The other funnels, particularly Marvel, had a few licensing hiccups before their content suites were complete, and in 2019, Disney’s execs owned up to how much these licensing deals would cost in the short term. But now? I can safely tell my friend or family member that Disney+ has every freaking Disney-owned thing imaginable, and they can instantly think to themselves, “Sure, that’s an easy $7.99-per-month add-on for my media budget.” That’s a crucial comfort level for a new subscriber: that they can land in Disney+ and either binge the entire Marvel Cinematic Universe or pick through the weeds and find, say, the entire ’90s X-Men series. Not to mention, of course, being poised to keep up with the next deep-dive series in your favorite IP—and Disney+’s high-caliber output thus far has us optimistic about series like The Falcon and Winter Soldier, Loki, and an Obi-Wan series.

But wait, there’s more: add only five bucks more per month, and you can add the mature-skewing Hulu library and the sports deluge of ESPN+. That’s a clever breakout of multiple services, to make $12.99-per-month seem like a steal, and Netflix (and its history of steady price hikes) can’t get away with the same trick.